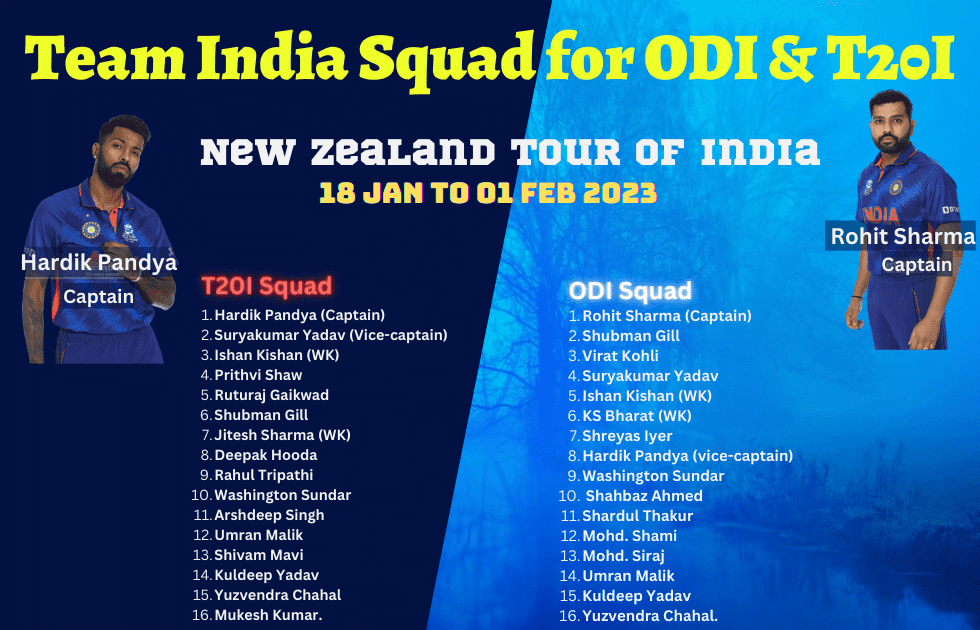 The BCCI has announced the Team India squad for the T20 and ODI series between India and New Zealand. Hardik Pandya has been re-elected as the captain and Surya Kumar Yadav as the vice-captain for the T20 series.

Team India Squad for T20 series is as follows-